Posted on October 9, 2014 by buffalowhiskeyguild

Over the summer months, BWG kept hearing about how good the beer was at Gene McCarthy’s (a Buffalo restaurant staple since 1963), who just opened a brewhouse earlier this year. We contacted brewer Alex Placito who graciously invited us down to check out the goings on at what Gene McCarthy’s has titled, Old First Ward Brewing. In addition to the fun, Buffalo-style pub food. Gene McCarthy’s has an eclectically South-Buffalonian atmosphere. The Irish theme runs from floor to ceiling and unique stained glass windows are strewn throughout the bar area. OFW has several original beers on tap, all varying in style from ales, to stouts, to saisons. The OFW brew house is modestly nestled next to the restaurant connected by an outdoor stone patio with picnic tables, adirondack chairs and umbrellas. 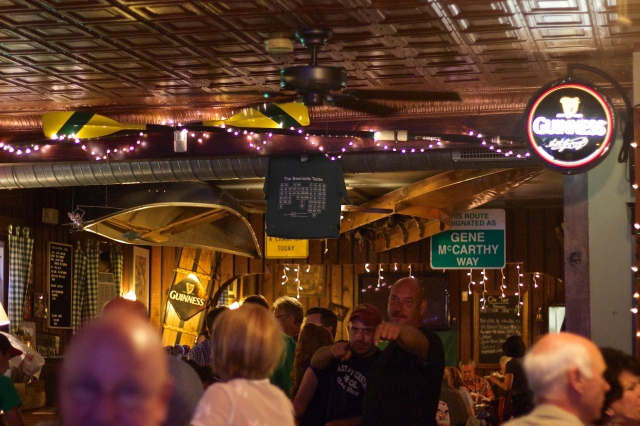 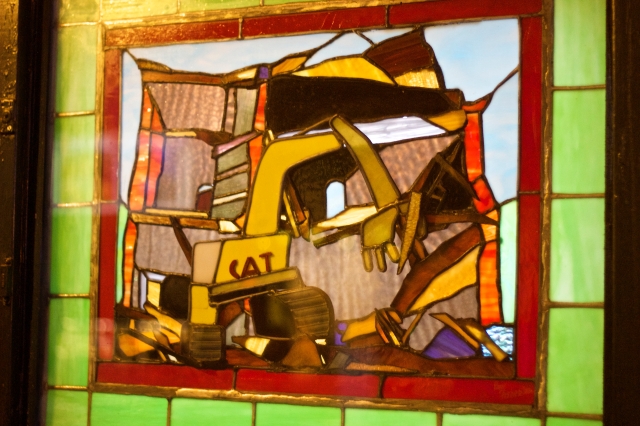 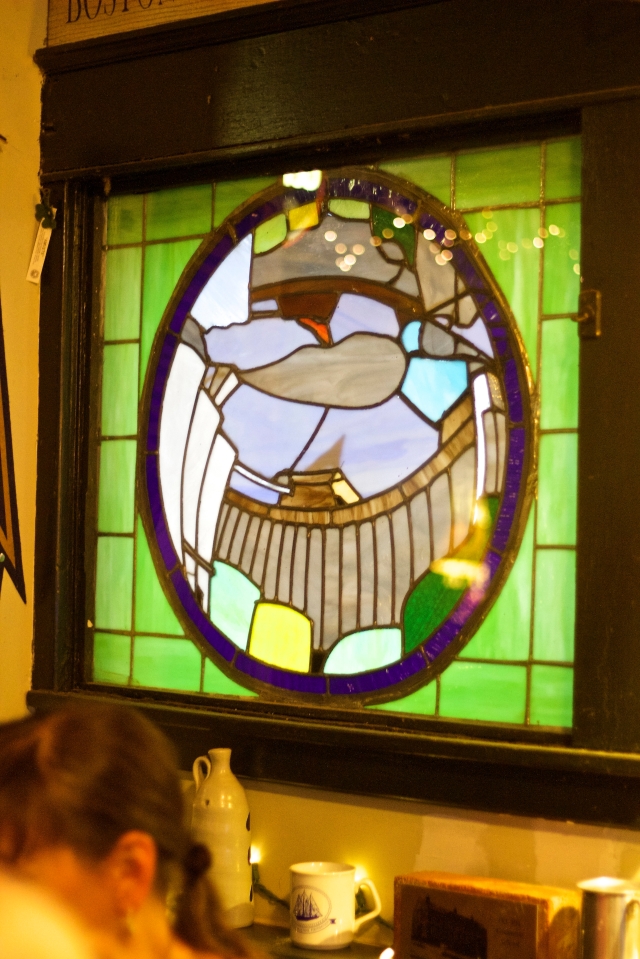 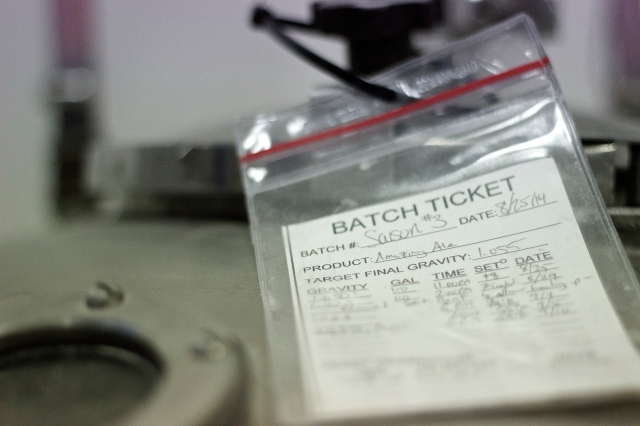 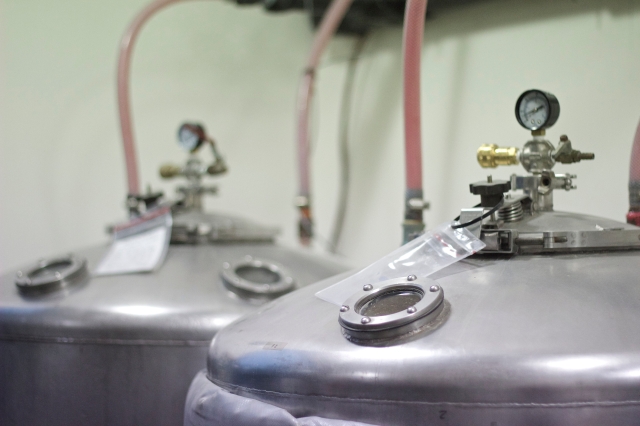 After a tour of the brewhouse Alex brought us into the bar for a sampling. We tasted the IPA, the pale ale and the saison – and good lord, they were all fantastic. Each beer had a full, robust flavor, with distinct complexities and a beautiful freshness. 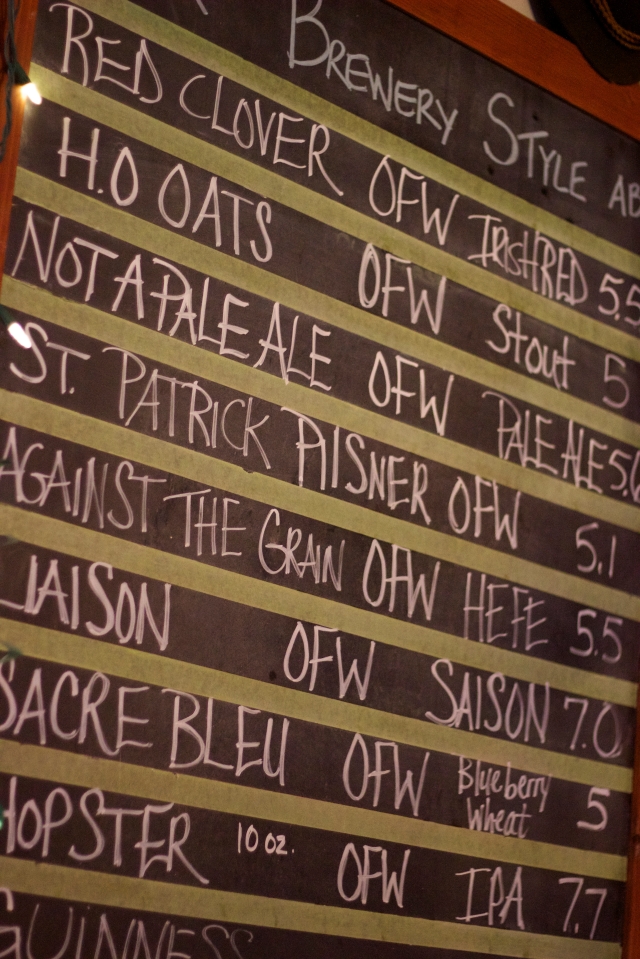 To say OFW beer is fresh would be an understatement. They don’t keg their beer. They ferment it in their fermentation tanks, then pump it into their cold storage tanks along with CO2 for carbonation. When ready, they pump the beer with NO2 and CO2 directly from the cold storage tanks to the bar taps. It’s as clean and fresh a process from brewing to drinking as can be.

The beers we sampled from OFW were all excellent, but the stand out for us was their pale ale, cutely titled “Not a Pale Ale.” 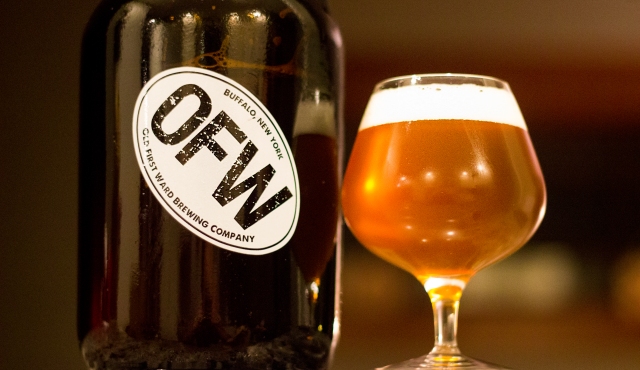 Alex described Not a Pale Ale to us like this: “It’s made to be a vehicle for intense American hop aromas, while also being very drinkable. Most of the hopping for this 5.6% ale is done in the dry hop to really drive home that robust hop aroma – while not being overkill and tearing apart your palate.”

We found Not a Pale Ale to be exactly that. On the nose it’s full and sticky with an absolutely delicious citrusy hop aroma. It’s one of the most effervescent brews we’ve had in a while. The palate gives you full, chewy, citrus flavors like orange, grapefruit, peach, mango and lemon zest. With all these juicy fruit flavors going on, you might think it’s sweet, but it’s more of a savory tart fruitiness. Despite these intense flavors, this pale ale is as smooth as it gets. It’s beautifully airy and crisp on the palate and fades tightly through the finish, making it incredibly drinkable. Not a Pale ale is available in pints, or in a growler to go. BWG rating: 94/100.

As the young Buffalo craft beer scene grows, right now, Not a Pale Ale is definitely our favorite local brew. BWG highly recommends a stop at Gene McCarthy’s for a bite and some delicious, excellently produced Buffalo-made craft beer. Cheers!